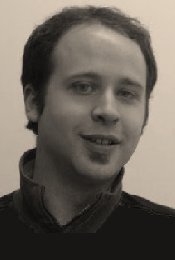 Bram Stynen (born 1982, Belgian citizen) obtained a Master’s degree in Bio-engineering in 2005 from KULeuven, with a major in cell and gene biotechnology and minor in industrial biotechnology. He has an extensive academic background themed around the development and evaluation of novel laboratory assays. These include assays for the detection of protein-protein interactions, condition-dependent transcription activation and drug-induced changes in the proteome. He worked at Louisiana State University (USA; summer training), KULeuven (Belgium; doctorate and postdoctoral position) and Université de Montréal (Canada; postdoctoral position).

Apart from his laboratory experience, he has a strong familiarity with statistical analysis from five years of hands-on practice with statistical software R on large-scale data and a certified course in statistical learning (Stanford University, 2017). He has also co-written peer-reviewed scientific literature in high-profile journals such as Nature Methods and Cell.

Bram joined Qarad in 2017 as Scientific Affairs Manager. In this position, he supervises projects that are focused on the assessment and documentation of scientific validity. The IVD-R 2017/746 has put a level of emphasis on clinical conditions not seen before, which necessitates a clear defining of the clinical conditions to be associated with an IVD device and a documentation of this scientific validity. This is where the service provided by Bram comes into place. Bram also aids in other documentation that relates to performance aspects of IVD devices, such as clinical performance. In his first year, Bram has written over 30 scientific validity reports and completed projects for seven different clients.

If you decline, your information won’t be tracked when you visit this website. A single cookie will be used in your browser to remember your preference not to be tracked.